About the trainer, speaker and author. 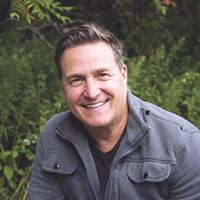 Rejean Gauthier is a serial entrepreneur. He was graduated twice from the international “Dale Carnegie Training” program and he is passionate about sales, networking, business world and especially human beings. Being professional, dynamic and organized, this author, trainer and lecturer, takes the advantage of his involvement in several networks of business people to share his passion for affairs and networking.

He began his entrepreneurial career in 1987 as he became one of the youngest franchisees in the United Self-Defense Studios banner. A beautiful adventure that lasted around nine years. In September 1997, he decided to take a training course to become a life insurance advisor at “The Mutual of Canada”. He was quickly distinguished there as a performant salesman and as a trainer as well.

In October 1998, he set up a first workshop and conference about networking which he then called “The ABC of Networking”. He had already understood perfectly the importance of having a network of qualitative contacts in order to achieve his objectives for the business development.

For about three years, as the vice-president of the  Junior Chamber of Commerce of Quebec, he shared his experience and knowledge in this group of young businessmen.

Always so thrilled about benefits coming from an effective networking, he founded in 2001 the “Cercle des Happy Few”. A private networking place which has made possible to more than eighty business leaders to meet with each other, to exchange and for a great part of them, to draw from it significant benefits for the growth of their business.

In 2005, thanks to the help of his wide network of contacts, Réjean created the concept of fast food counters Sushi Fly. He has opened and franchised 13 counters throughout all Quebec, a concept that he resold in 2010 to focus on his sales advisor activities and in the development of his business with his Gauthier Stratégies Company.

It was in January 2011 when he decided to launch a new helping service for the start-ups. Since then, he devotes all his time on what he believes the most: the power of networking in the business development.

In the autumn of 2013, he launched his second workshop-conference “In the Jungle of Networking”. The conferences presented in the company and to the general public since September 2013 has made possible, thus far, to more than 3500 persons to be familiar with the concept of “the Scale of RG ”, », an ingenious tool that allows to participants to control the different levels of proximity that they have with the actors of proper network.

Calling on Réjean to optimise your sales, networking and business development actions is therefore calling on, in the pleasure, the expert and above all, the passion!